Last week I talked with Meghan McNamara, Director of Media and Communications for Stillhouse Press, about the press’s first book, the posthumously published story collection Helen on 86th Street and Other Stories, by Wendi Kaufman. 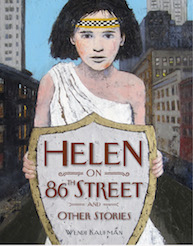 Meghan McNamara: An alumn of George Mason’s MFA program, Dallas Hudgens (publisher of Relegation Books), had given us a donation to help start a small publishing house through the department. He offered insight he had gained from starting his own press, and we liked the mission he had set forth with Relegation Books, to seek out authors who might otherwise struggle to find a home for their work in a large publishing house. Though we have grown considerably since last spring, we were quite a modest operation then: no more than a handful of students, including myself and our editor, Marcos L. Martínez; Scott Berg (who serves as the English Department internship coordinator); Steve Goodwin (fiction and nonfiction professor in the MFA program); and Bill Miller (GMU’s creative writing program director). Steve had taught Wendi in the MFA program, and Scott and Dallas knew her writing from having worked with her for the better part of 20 years in their Rotisserie Writers’ Group. Though most of Wendi’s stories had been published in prominent literary magazines—the most famous of which was “Helen on 86th Street” in the New Yorker —she had struggled to find a publisher for her full collection. Marcos and I read her work and enjoyed it, and it seemed to fit with our goals as an independent publisher of high-quality literary work, so in mid-June we decided to make it our inaugural publication.

ES: Did you know Wendi personally?  Tell me about her as a writer.

MM: I didn’t have a chance to get to know Wendi well, but in the short time that I did know her, I came to deeply respect her. She never neglected to tell me how she felt about something or offer up an idea she had been stewing on. She was creative and opinionated and so very, very brave, and I greatly admire how much of herself she gave to this project, even when she had so little time and energy left to give. What a beautiful legacy she was able to leave her family.

ES: How much did the staff work with Wendi on editing the collection?

MM: Marcos did the bulk of the editorial work with Wendi. I think we only cut one story, and we moved a few stories around, but Wendi’s collection was quite polished by the time it came to us. She had been honing her stories for a long time and there wasn’t much work to be done. It was really a matter of reordering the stories.

ES: What was your role with the publication of Wendi’s book?

MM: Marcos has a keen eye for detail and had an interest in editing, whereas I had just finished developing our website and found myself more compelled by the social media and marketing side of things. Since time was limited and it was such a small group of us, we had to work smart. I took on everything outside the cover and Marcos took on everything inside the cover, and we just kind of made it work. And work it was. I’m not sure we knew quite what to expect, as Wendi’s situation was an incredibly unique one. Some days she would feel great and we would accomplish as much as we could, and some days she would feel bad and we’d just have to make decisions without her and hope they were the right ones, but it’s truly amazing how much support she has in the literary community. When she put out the call for book blurbs, I was absolutely inundated with emails. People who knew her writing wanted to support her collection. I think that’s indicative of both her talent and the person she was, always bringing people together and inspiring them.

ES: How are graduate students involved in the acquisitions and editing of books for Stillhouse?

MM: The students have a lot of say in the decision-making process. Right now we’re reading for our next book, which we’re hoping to select in late January. Early on we said we wanted every manuscript to go through a rigorous review process. That means 2 readers for each round and a total of three reading rounds. All of the readers come from either the MFA or BFA programs, and we take reader feedback very seriously. Once we’ve compiled it for all the current submissions, the student managerial staff will consider the feedback and choose the best second publication. After we make a selection, it should be much like with Wendi’s book, where the editorial staff will take on the inside-the-cover responsibilities and I will begin work on cover design, jacket copy and marketing, in collaboration with some of the students interested in the design and media side of things.

ES: Were there particular problems or challenges in publishing a posthumous book? 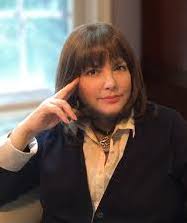 MM: We received news that Wendi had passed away on the morning that the first books arrived in our office from the printer, so it was a bittersweet moment for us. On one hand we were excited to get her book out there for people to read, but it was incredibly difficult not being able to share this excitement with her and have her see her finished work. We had initially planned on a December 1 publication. After Wendi passed away, though, we realized we needed to get her books out there sooner, so we opted to forgo the formal publication process and do an early October release. This was most difficult on the promotion end, because it meant a lot of prominent literary reviewers would not have an opportunity to review our book before it was released, and that was difficult, especially since we’re so small and just starting out as a press; but I do think that it was ultimately the right decision for Wendi’s collection.

ES: I noticed that there’s a list of reading-group questions at the end of the collection.  What makes Wendi’s work a good choice for reading groups?

MM: As someone who was a strong supporter of education and teaching of literature, Wendi believed in the power of discussion. She wrote and developed all of the questions at the end of the book and felt very strongly that they be included; I think that’s where we’re different from the big publishing house. We are always going to listen to our authors and make sure they have a say in the publishing process, so we supported her decision to include the questions. I hope they bring about a variety of discussions. Her stories cover a significant range of topics, after all.

ES: Which story is your favorite?

MM: I really love “Local Girl.” It just spoke to me about adolescence. Not to mention, who doesn’t enjoy a good love affair? It was intimated to me that the story was inspired by something in Wendi’s own adolescence, and while I never did ask her how much truth was in that story, I love the idea of using real-life experiences to inspire fiction. It’s certainly something I enjoy doing in my own writing.

ES: What are the unique strengths of Wendi’s writing?

MM: What I find most compelling is her sharp wit. Even in her characters’ dark moments, Wendi manages to include some kind of sardonic anecdote or subtle irony, and isn’t that part of surviving? Isn’t that what real life is all about? Finding humor even in the darkness and struggling through it?

ES: Mary Kay Zuravleff, who wrote the introduction, comments on the “solidarity” and “singularity” of women in Wendi’s stories.  Do you think the stories have the potential to reach a male audience as well as a female audience?

MM: I think Wendi’s stories speak to both men and women. Both Dallas and Scott have long been intimately acquainted with Wendi’s stories as members of her 4-person writing group and have enjoyed them immensely. It’s because of them that her collection came to us. Her stories deal with mortality, with infidelity and infertility. They are true to life, not just true to the lives of women.

ES: What response has Stillhouse had so far to the publication of Helen on 86th Street?

MM: Stillhouse has received a remarkable outpouring of support for this book. Recently I sent out two copies to someone who just had to have Wendi’s collection in time to gift it for the holidays. So many people have come forward wanting to read from her book or offer their condolences or share her stories in some way. I think that’s remarkable for a writer who was, at the heart of it, a debut author.

One thought on “Q&A With Meghan McNamara of Stillhouse Press”