Features / Fiction / In Their Own Words / Nonfiction

Anna Sewell died at age 58, just five months after the publication of her one and only book, Black Beauty. Prior to that, Sewell had been lame for most of her life, unable to stand or walk for long periods of time. She never married and always stayed close with her mother, Mary Wright Sewell (also a children’s book author). All this to say that there is not much record of Anna Sewell’s words, apart from what she wrote in Black Beauty.

The book has sold some 50 million copies, making it one of the best-selling books of all time.

Following are beloved and influential quotations and passages from the book that was initially intended to show adults how cruelly they were treating horses, but went on—as society became less dependent on horses for transportation or livelihood—to become widely read as both a children’s book and a manifesto for animal rights activism. Said Jane Smiley in an interview on NPR, “It’s almost impossible for us to understand now that we have motorized vehicles all the things that horses did. Anything that had to be moved—no matter how heavy it was—was moved by a horse. They just performed every function in society … and society couldn’t function without them.” Smiley also spoke to the book’s timeliness, saying that by writing from an animal’s point of view—an observant and candid animal—readers were shown “that the world is full of beings who should not be treated like objects.”

“We call them dumb animals, and so they are, for they cannot tell us how they feel, but they do not suffer less because they have no words.”

“My doctrine is this, that if we see cruelty or wrong that we have the power to stop, and do nothing, we make ourselves sharers in the guilt.”

“There is no religion without love, and people may talk as much as they like about their religion, but if it does not teach them to be good and kind to man and beast, it is all a sham.” 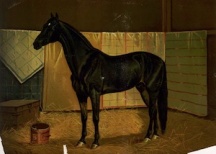 “Luck is rather particular who she rides with, and mostly prefers those who have got common sense and a good heart; at least that is my experience.”

“If you in the morning
Throw minutes away,
You can’t pick them up
In the course of a day.
You may hurry and scurry,
And flurry and worry,
You’ve lost them forever,
Forever and aye.”

“I said, ‘I have heard people talk about war as if it was a very fine thing.’

“‘Ah!’ said he, ‘I should think they never saw it. No doubt it is very fine when there is no enemy, when it is just exercise and parade and sham fight. Yes, it is very fine then; but when thousands of good brave men and horses are killed or crippled for life, it has a very different look.’

“‘Do you know what they fought about?’ said I.

“‘No,’ he said, ‘that is more than a horse can understand, but the enemy must have been awfully wicked people, if it was right to go all that way over the sea on purpose to kill them.’”

“I am never afraid of what I know.”